Highly elevated vibrations due to inadequate bearing mounting and an unsuitable operating speed were detected on a surface milling machine.

On a surface milling machine for machining plastics that was only recently put into operation, exceptionally high vibration levels were measured on a bearing block. The oscilloscope module was first used to measure the vibration acceleration, which at over 60 m/s² was very high:

The measurement result is supported by the observation that there is a significant friction per revolution when manually turning the milling shaft. A frequency analysis was carried out to determine the cause of the high vibration accelerations. A wide excitation band from approx. 5 kHz to over 25 kHz was found on the bearing.

These wide high-frequency excitations and clear black deposits near the bearing indicated a completely defective bearing. This was confirmed after disassembly of the bearing: The bearing seat was already discoloured by the heat and the rolling elements showed noticeable deformations. The reason for the rapid bearing defect was improper installation

After the bearing replacement, the vibration levels of the vibration acceleration showed the expected low values. An order analysis was also performed using the InnoAnalyzer Speed module to evaluate the 4500 rotational speed that had been used so far.  Numerous natural frequencies of the machine frame were found over the entire speed range. The previous resonance condition (rotational speed = natural frequency at 4500 rpm) had a particularly negative effect on the vibration behavior. Here it was suggested to reduce the speed to 4250 rpm, which led to a significant reduction of the overall vibration behaviour. 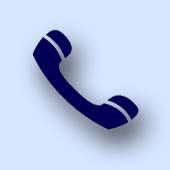 Do you have any questions about our products or services? Call us now and we will be happy to help you. We would also be happy to arrange an on-site appointment.

Set your measuring task for us now

We have the solution for your vibration problems.

Stay updated! Here you will find all software updates, accompanying information or manuals.